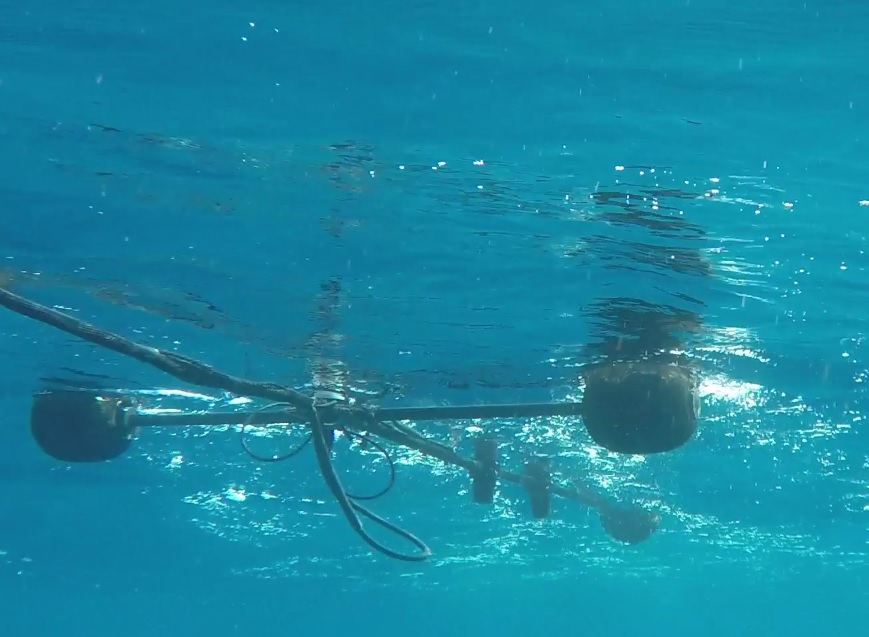 Scientists from the Plymouth Marine Laboratory (PML), University of Southampton (UofS) and IFREMER have embarked on an exciting new project funded by the European Space Agency (ESA), to ensure the accuracy of the recently launched Copernicus Sentinel satellites (Fig. 1).

Ocean Colour (OC) Radiometry and Sea surface Temperature (SST) are fundamental oceanographic parameters necessary to monitor and manage the marine ecosystem for aquaculture, fisheries, water quality, mapping and monitoring harmful algal blooms, and climate change. These parameters can be observed from space to provide unique information which aids our understanding and management of the environment. Satellites have become increasingly important as they can observe vast areas of the ocean that are difficult to access using traditional sampling methods and provide cost-effective global data coverage of oceanic conditions. 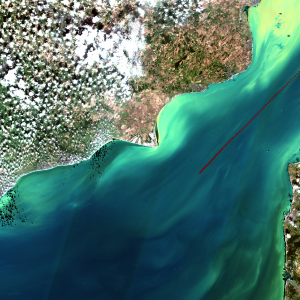 The Copernicus programme is unique because of the continuity of coverage overseas and oceans of global maps of phytoplankton chlorophyll, the green pigment found in plants, temperature and other sea surface properties that contribute to the air-sea flux of carbon dioxide and other climate relevant gases. The Sentinels carry a vast range of sensors to deliver a stream of complementary imagery and data for monitoring our land, ice, oceans and atmosphere. Sentinels 1, 2a and the recently launched 3a will be utilised in the project. The development of Copernicus satellites Sentinel-2 and Sentinel-3 that carry state-of-the-art instruments for the measurement of OC and SST represent a means of measuring these parameters globally, over land, coast and ocean, at unprecedented and synoptic spatial and temporal resolutions. There has already been some spectacular imagery obtained from these satellites (Fig. 2) but we need to be able to prove how good the data are. 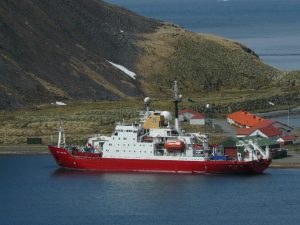 Ocean-colour sensors retrieve spectral radiance at the top of the atmosphere (TOA) from which the water-leaving radiance (Lw) is estimated after correction from atmospheric effects.  Lw is then used to estimate geo-physical and biogeochemical products through the use of bio-optical algorithms. Similarly, Sea Surface Temperature (SST) sensors use infrared emission at the TOA that is then corrected for atmospheric attenuation and emission to estimate SST at the surface ocean (SSTskin). To do this a suite of independent ground measurements, known as Fiducial Reference Measurements (FRM), that follow satellite validation protocols and procedures, have documented SI traceability and maintain an associated uncertainty budget over the duration of the satellite mission, are required.

To this end, on 20 September 2016 PML, UofS and IFREMER collectively embarked on a 7000 mile transect from the UK to the Southern Ocean on the Atlantic Meridional Transect (AMT). AMT is a multidisciplinary research programme which undertakes biological, chemical and physical oceanographic research (Fig. 3) during an annual voyage of NERC-UK research vessel to the Southern Ocean. AMT is heralded as one of NASA SeaWiFS 10 greatest highlights since it provides an ocean observing platform to measure vital calibration and validation data to support ocean colour satellite missions. The transect covers a vast range of environments from the productive coastal and eutrophic regions to the desert-like gyres in the centre of the ocean and the southern ocean, which are rarely accessed by research ships. Over the past 8 yrs. (2008 to present) the AMT program has published 136 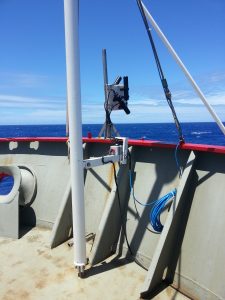 papers of which 66 were published by PML and 29 were on remote sensing and optics, with an average impact factor of 3.6. From 2016, it has been used to take FRMs for the validation of the Copernicus satellites: Sentinel-2A colour scanner, the Sentinel-3A Operational Colour (OLCI) and Sea Surface temperature (SLSTR) Instruments and surface ocean dynamic properties from Sentinel 1, on one ship. Continuous on-board ship measurements were made alongside discrete water column measurements to verify the accuracy and quality of Sentinel satellites orbiting overhead.

An array of sensors were deployed for the continuous ship measurements including Infrared Sea surface temperature Autonomous Radiometer (ISAR; Fig. 4) which measures SSTskin, Above-water Satlantic HyperSAS radiometers (Fig. 5) which measure remote sensing reflectance at the sea surface, optical sensors for the measurement of backscattering, beam-attenuation and absorption coefficients to characterize the optical signal from the dominant substances (marine algae, detrital or inorganic sediment and dissolved organic material) in the sea surface and C-band radar (Fig. 6) which measure the surface roughness of the ocean. 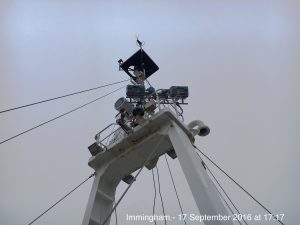 These sensors made measurements at every minute of the day for x days until 04 November when the ship docked in the Falkland Islands. In addition, the ship stopped 3 times per day to deploy instruments from cranes and 38 depth-resolved optical property measurements were made along the transect using a TRIOS Ramses radiometer (Fig. 7), 230 discrete samples for the determination of the active photosynthetic pigment Chlorophyll-a by High Performance Liquid Chromotography were collected, 157 meteorological observations from weather balloons using Vaisala RS92 radiosondes were made and 142 bucket samples were collected for further measurements of temperature. 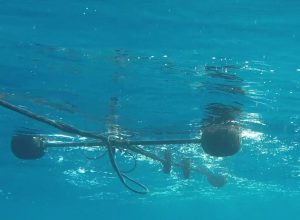 Together these measurements will provide the range and diversity of parameters required to independently validate the suite of Sentinel sensors. Following the cruise, all of the sensors used will be re-calibrated to SI standards which will be used to calculate the uncertainty in each ship board sensor deployed. With this uncertainty budget, PML, UofS and IFREMER will be able to accurately determine the error in each of the Sentinel satellites so that we can more accurately define the uncertainty in the satellite data.