The inter-comparison of measurements between laboratories who work on the Satellite validation of Ocean Colour products is an essential component of maintaining high quality and traceability for Fiducial Reference Measurements. Optical sensors that are used for the validation of Ocean Colour products, are designed to retrieve the spectral distribution of upwelling radiance just above the sea surface. 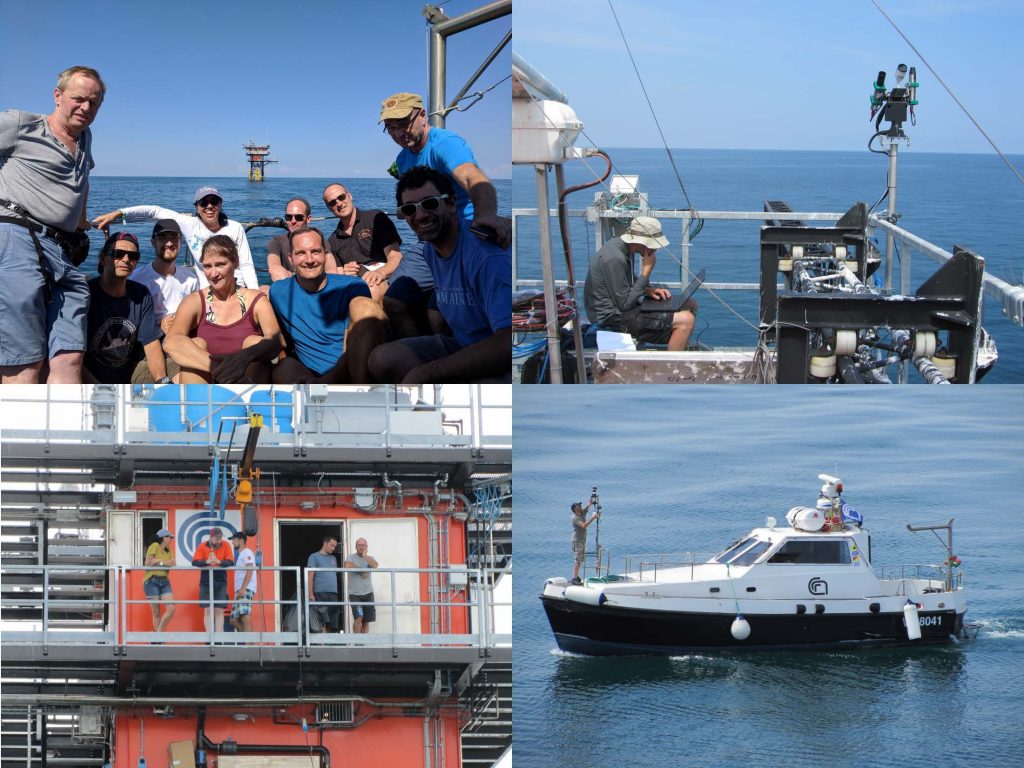 For the FRM4SOC field inter-comparison, the Acqua Alta Oceanographic Tower (AAOT) was chosen as it has a long history of optical measurements to support and validate both NASA and ESA ocean colour missions and a legacy of radiometric field inter-comparisons during the SeaWiFS and MERIS eras (Zibordi et al. 2006; 2009b). It is a stable oceanographic platform, so any perturbations in optical viewing angles and geometry from movement that would normally occur on a ship, is minimised. There are few sites like this available around the world. Plymouth Marine Laboratory (PML), the University of Tartu (UT) and the Royal Belgian Institute of Natural Sciences (RBINS) were joined by researchers from Helmholtz-Zentrum Geesthacht (HZG), Germany; Villefranche-sur-Mer, France; University of Victoria, Canada; University of Algarve, Portugal; and the Alfred Wenger Institute, Germany. Eight different sensor sets were compared using in- and above-water optical systems, sensors and methods.

Prior to the inter-comparison, the absolute radiometric calibration of all sensors was carried out using the same standards and methods at the UT. PML designed a purpose built stainless steel frame to locate all of the optical sensors at the same viewing geometry so that they receive upwelling radiance from the same patch of water. The sensors were mounted side by side. During clear sky days, measurements were performed with relatively low sun zenith angles and moderately low sea state. 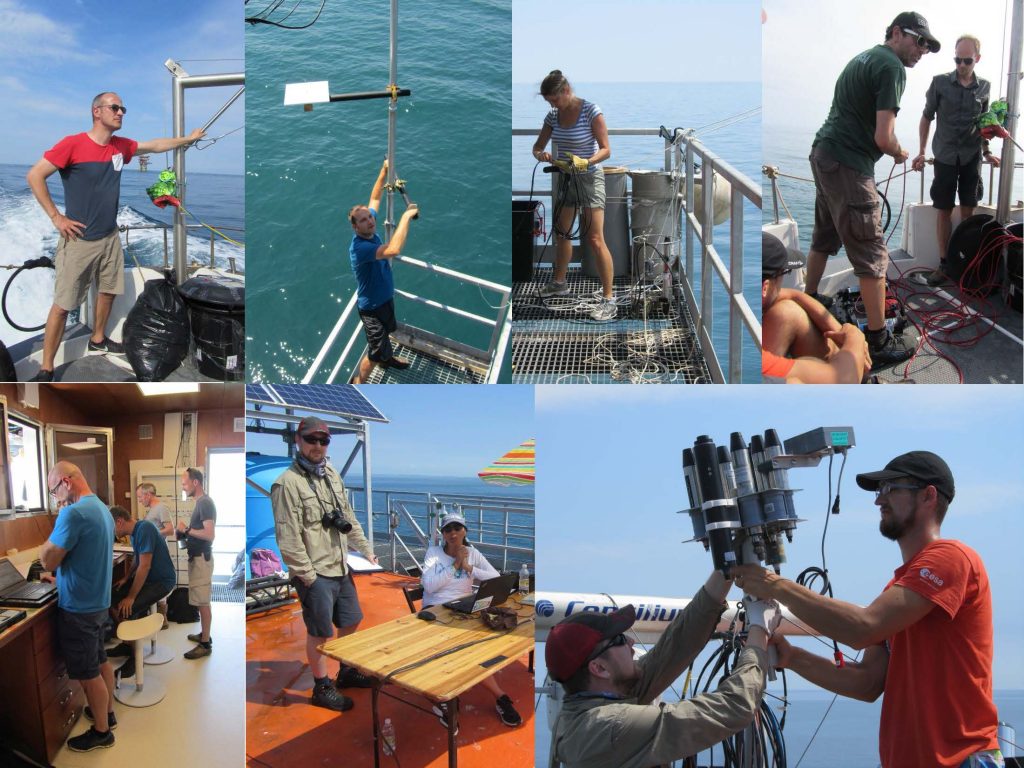 Measurements were made by all groups from approximately 10:30 to 15:30 GMT for 5 minutes at 20 minute intervals. Whilst the above water sensors were acquiring data at the same time, an extendable boom was deployed from the top deck of the AAOT so that an in water profiler could also be deployed. This in water profiler consists of two TRIOS-RAMSES in water sensors; one pointing downwards measuring upwelling radiance (Lu), and the other pointing upwards measuring downwelling irradiance (Ed). The ISMAR research vessel Litus was also used around the tower to deploy Villefranche-sur-mer’s Continuous Optical Profiling System (C-OPS). This system consists of two sensors mounted into a frame with a hydrobaric chamber and floats to keep the sensors buoyant, vertical and level. The C-OPS is reeled out on a 50 m cable and allowed to sink slowly through the water column. The irradiance profiles are referenced to an above water irradiance sensor that is mounted on the bow of the ship.

The campaign was a great success. Almost 100 casts were obtained for the inter-comparison and for the majority of sensors there was < 5 % difference between irradiance and radiance sensors deployed at the platform. This suggests that for the most of the institutes who participated, there is a good agreement between optical measurements that are being used for the validation of Sentinel-3 Ocean Colour. The work is currently being worked up for submission to the Special issue of MDPI journal Remote Sensing (ISSN 2072-4292) “Fiducial Remote Sensing Reference Measurements for Satellite Ocean Colour”.