You can find Tartu Observatory — the Estonian space research centre — in Eastern Europe (see the map) surrounded by magnificent untouched nature and filled with happy and enthusiastic people. 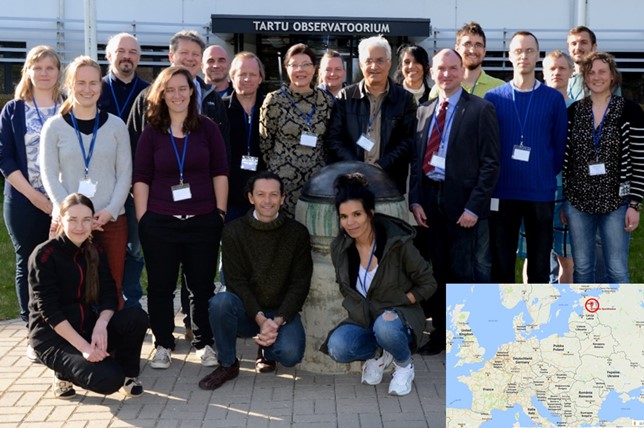 Two weeks before the event, all participating radiometers (39 instruments with 44 radiometric channels in total) were collected and an absolute SI traceable radiometric calibration of these instruments was done by Tartu Observatory. Reference standards (FEL lamps and a reflectance panel) with fresh calibration from NPL were used for that purpose.

Radiometers calibrated for the LCE-2 by Tartu Observatory

On May 8, 2017 the event started with a workshop on measurement procedures and uncertainty evaluation. The welcome and opening words were given by Anu Reinart, the Director of Tartu Observatory (TO), and Craig Donlon, the FRM4SOC Technical Officer from ESA. Riho Vendt (TO) introduced the overall objectives of the FRM4SOC as well as the objectives of the LCE-2 within this project. Joel Kuusk (TO) and Ilmar Ansko (TO) presented the measurement procedures to be followed in the exercise. Claire Greenwell (NPL) gave an overview of basic theoretical aspects in uncertainty evaluation and Viktor Vabson (TO) added practical examples to it. Organisational issues were briefed by Tiia Lillemaa (TO), and Mari Allik (TO) carried out safety instruction on working in the laboratories of TO. The workshop ended with tours to the calibration, testing, and space technology development labs as well as to the largest — 1.5 m diameter optical telescope in Northern Europe. 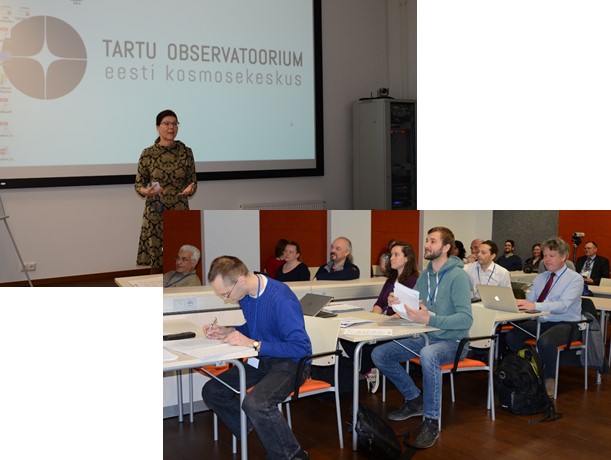 Anu Reinart, the Director of Tartu Observatory opening the workshop

Next day, the real exercise in the cleanrooms of Tartu Observatory began. All instruments and everything else to be taken into the cleanroom environment was carefully cleaned. Cables usually being used on ships had never been cleaner before. Enthusiastic guys themselves just changed their outfit, and the hard work in the laboratories began. 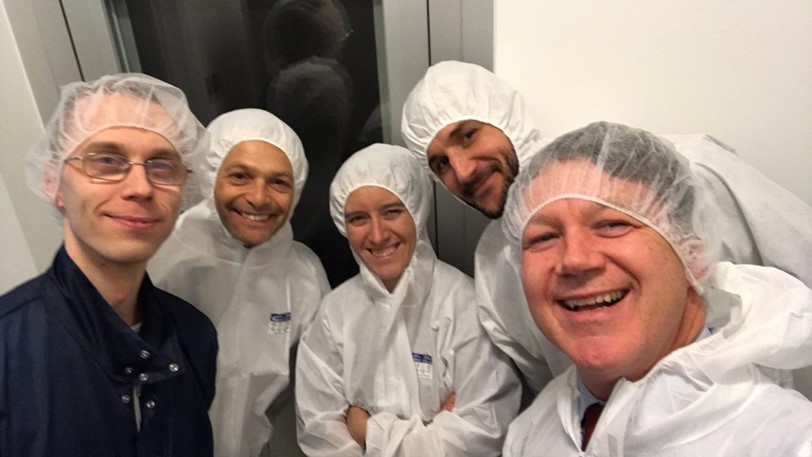 Entering the cleanrooms of Tartu Observatory

Performing measurements at the irradiance setup…

For radiance an integrating sphere was used as a source. Two different radiance levels and dark scene measurements with two different integration times for evaluation of thermal and nonlinearity effects were measured. The measurements were repeated for two different distances in order to evaluate the uncertainty contributions from device alignment and target non-uniformity.

For outdoor measurements the team traveled to the southern part of Estonia where they eventually could experience rather different weather conditions (see videos below). The outdoor comparison exercise was carried out during the last two days on a diving platform at Lake Kääriku. Although mounting of instruments was started early in the morning when the sky was cloudless, the measurements setups got ready for taking measurements just for afternoon. Setting up 41 different radiometers is not so easy as it may seem.

Considering the changing weather conditions – it was sunny and quite nice at one moment and snowing the other – it was decided to start with the secondary comparison. Every participant used their common setup and seven simultaneous casts of downwelling irradiance, sky radiance and water radiance were taken. The team was kept warm by dancing and hot soup. The second day of the field work brought a bit sun, clearer sky and warmer weather. 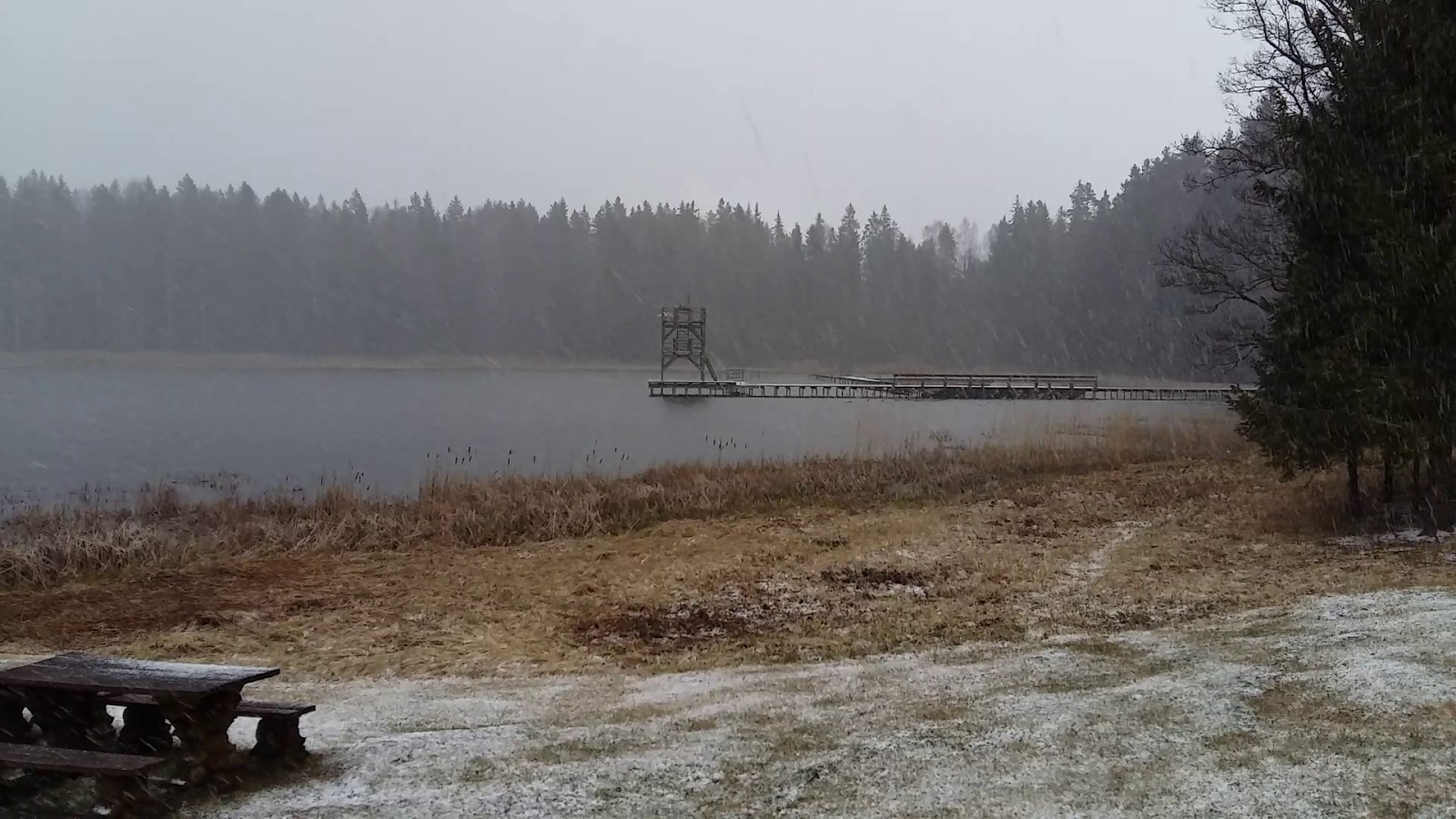 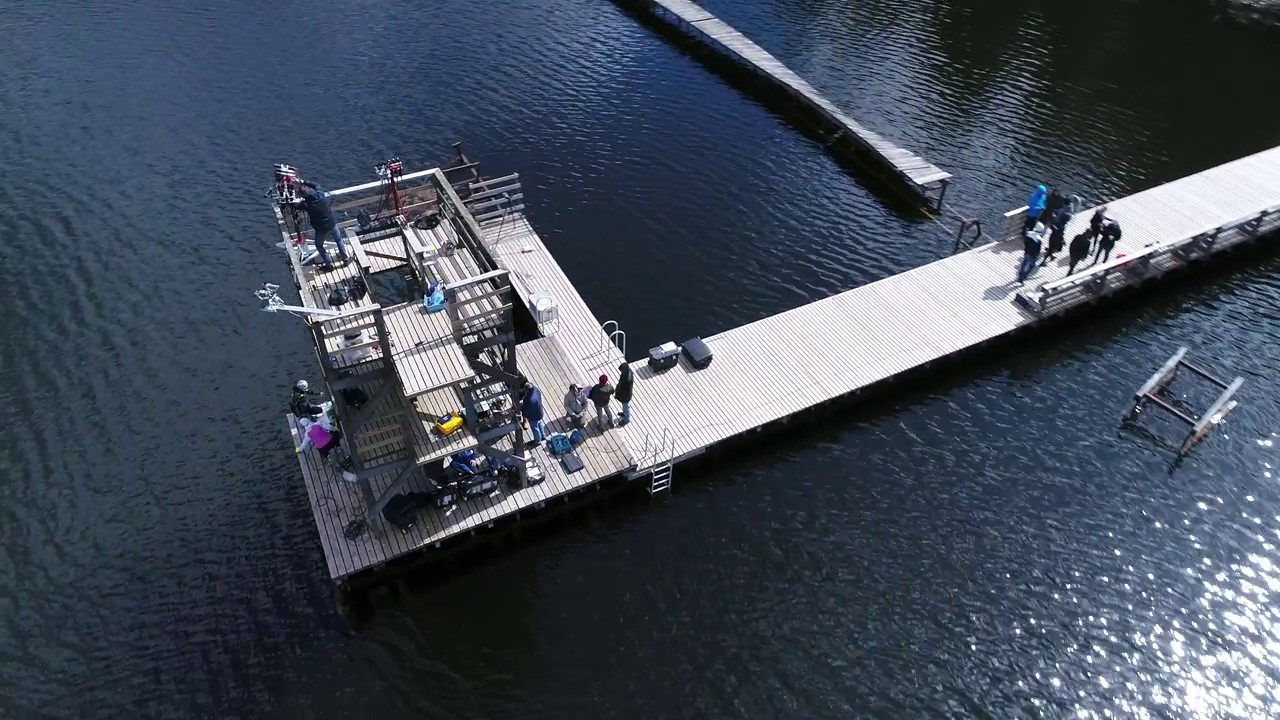 Video 2. Setting up instruments at the Kääriku tower

Next day the radiometers were mounted together and co-aligned on common racks for the primary outdoor comparison. Altogether 23 casts consisting of 6 five minute casts of sky, 15 five minute casts of water, one 25-minute cast of irradiance and a final five minute cast of surrounding forests to check the presence of exhausted and cold shivering participants were performed. All participants registered the radiance data during the cast periods with synchronized start and stop. No simultaneous water and sky radiance measurements were taken. The weather was a bit better than on previous day.

Setup for the secondary outdoor comparison 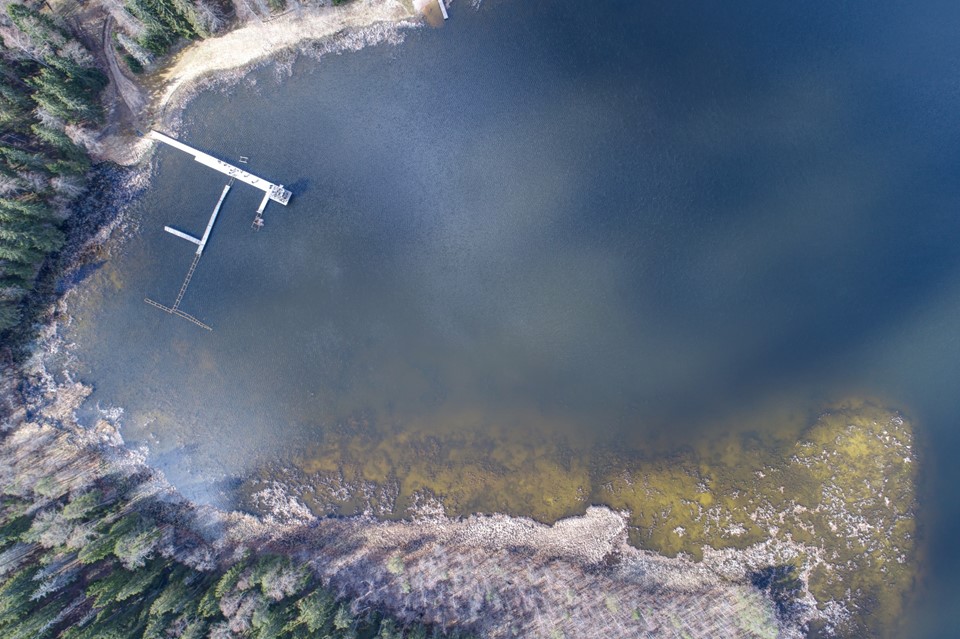 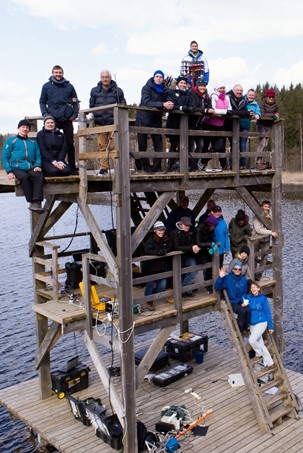 The team happily ever after the LCE-2 comparison

By Friday evening all the measurements were done and last group-photo was taken on the diving platform on Kääriku. All participants were happy, beacuse they experienced something new and exiting. The first international field-work experience where scientists from different countries and institutes measured different parametres all togehter in the same site in the usual setup and methods, gave them unique experience learing about different instruments and methods used and see all this in a real working enviroment. Also relationships between this FRM4SOC community became stronger going thorugh this joint exercise.

The FRM4SOC team will continue its work on providing support for evaluating and improving the state of the art in ocean colour validation and to ensure that ground-based measurements of ocean colour parameters are traceable to SI standards.